Dear Members and Friends of the Iraqi Christian Community in Wales,

Dr Salar Kasto is taking an impressive cycling challenge on 18th September; he is cycling from Cardiff to Tenby "100 miles" in one day, aiming to raise £2000 in support of ICAW good causes.

ICAW is grateful for this kind gesture, dedication and hard work required in preparing for this challenge. We wish Salar and his friends every success and good luck.

Please support Salar to achieve his goal by giving a donation to ICAW:

God bless you all 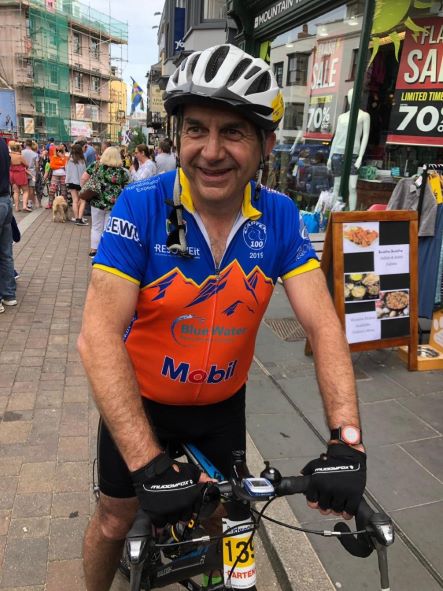 Dear members and friends of the Iraqi Christian Association in Wales
During these difficult times of Coronavirus epidemic and the associated lockdown and restrictions, we hope and pray that you and your families are well and safe.
The lockdown and associated restrictions have greatly limited our fundraising activities resulting in significant loss of income, at the same time the demand and need for financial support to our Christian communities in the Middle East, particularly north of Iraq and Lebanon has escalated due to the epidemic in general and the recent devastating explosion in Beirut which resulted in widespread homelessness among thousands of families including Christian Iraqi families who were repatriated there.
We are relying on your compassion and generosity to help us in supporting these families through your kind donations, as always, which would be greatly appreciated.
May God Bless you all and protect you from every evil.
Yours sincerely
IRAQI CHRISTIAN ASSOCIATION IN WALES (ICAW)
To support this good cause and make a donation to ICAW, please use one of the following:
Online Bank Transfer
Name: Iraqi Christian Association in Wales (ICAW)

An archbishop has accused the BBC of ignoring persecuted minorities such as Christians and Yazidis in its acclaimed documentary Once Upon a Time in Iraq.

Iraqis oppressed because of their faith had been “airbrushed” out of the BBC’s history series, Bashar Warda, the Chaldean archbishop of Arbil, claimed.

He said Christians and others felt wounded and pained to be deprived of their voice and that the corporation had failed in its duty of impartiality.

The last in the five-part series was repeated on BBC Two on 24th Aug 2020.

Once Upon a Time in Iraq, which looks at the legacy of the war against Saddam Hussein and the rise of Islamic State, has received praise

internationally and across the political spectrum.

The programmes give voice to those who lived through the turmoil including civilians and soldiers.

Iraq’s Christian community has dwindled by 90 per cent in a generation to an official 250,000 although experts believe it could be half that number.

Archbishop Warda, seen as the most senior Catholic in Iraq, wrote to the BBC that there was little or no reference to the plight of religious minorities. “How can this be? Had we not suffered the war and its aftermath just like our Muslim brothers and sisters? Do you understand the persecution we have suffered in our homeland? And that Christians have existed in this land for 2,000 years, the Mandaeans and Yazidis for even longer?

“Does the persecution, murder and rape within our minority communities not count? Are our experiences of the 2003 invasion . . . irrelevant? Minority communities have felt and continue to feel voiceless in our persecution and suffering in Iraq; to be then airbrushed out of a . . . major BBC documentary is wounding and damaging.”

He asked for omissions to be “rectified so far as it is possible”.

‘The hope of the poor shall not perish for ever’
In his message for the third World Day of the Poor, celebrated on 17 November 2019, Pope Francis reminds us that “the poor are not numbers, but people”, to be assisted, accompanied, protected, defended and saved. He recalled that this is not possible without the humility of listening, the charism of the whole, the courage of renunciation.